The most traditional of the recipe of Tortilla Espanola contains that of eggs as the base of the omelette. The history of this omelette is said to have come from a story from a man named Carlist General Zumalacarregui who is dead hungry but finds himself at a farmhouse demanding food. The peasant who only had eggs and potatoes had crushed the two together a made a tortilla, resulting in the birth of the tortilla.

The tortilla consists of egg, potato and onion can be eaten as a main or even an appetizer and can be found anywhere from a local market to an
upscale Spanish restaurant. 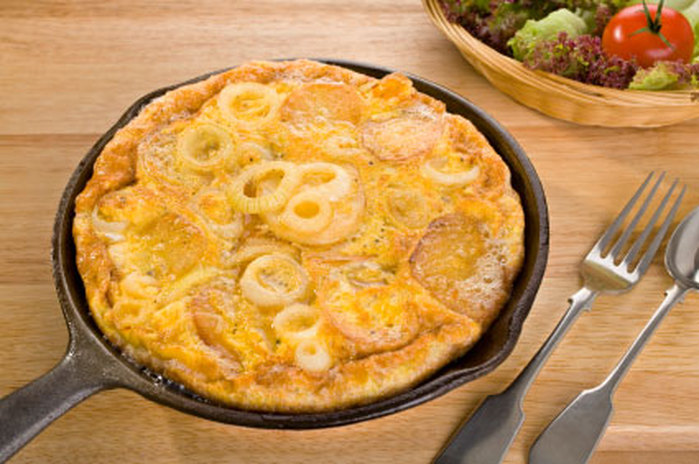